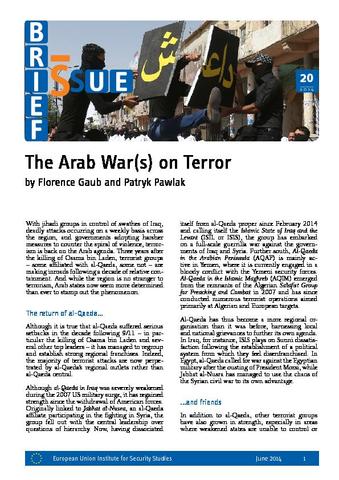 With jihadi groups in control of swathes of Iraq, deadly attacks occurring on a weekly basis across the region, and governments adopting harsher measures to counter the spiral of violence, terrorism is back on the Arab agenda. Three years after the killing of Osama bin Laden, terrorist groups – some affiliated with al-Qaeda, some not – are making inroads following a decade of relative containment. And while the region is no stranger to terrorism, Arab states now seem more determined than ever to stamp out the phenomenon.

Arab military spending: behind the figures