Congolese lessons for the Great Lakes 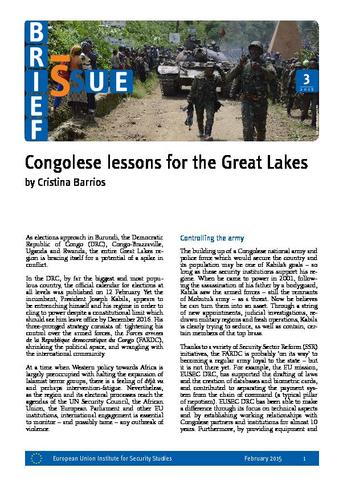 As elections approach in Burundi, the Democratic Republic of Congo (DRC), Congo Brazzaville, Uganda and Rwanda, the entire Great Lakes region is bracing itself for a potential of a spike in conflict.&nbsp;
In the DRC, by far the biggest and most populous country, the official calendar for elections at all levels was published on 12 February. Yet the incumbent, President Joseph Kabila, appears to be entrenching himself and his regime in order to cling to power despite a constitutional limit which should see him leave office by December 2016. His three-pronged strategy consists of: tightening his control over the armed forces, the Forces armees de la Republique democratique du Congo (FARDC), shrinking the political space, and wrangling with the international community.