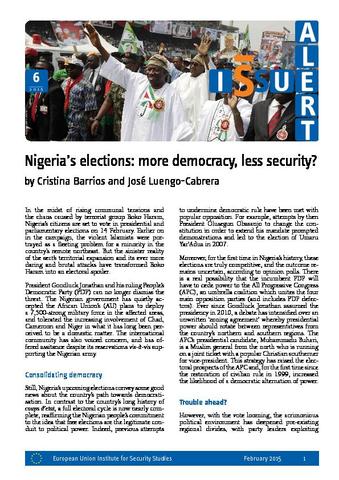 In the midst of rising communal tensions and the chaos caused by terrorist group Boko Haram, Nigeria’s citizens are set to vote in presidential and parliamentary elections on 14 February. Earlier on in the campaign, the violent Islamists were portrayed as a fleeting problem for a minority in the country’s remote northeast.

But the sinister reality of the sect’s territorial expansion and its ever more daring and brutal attacks have transformed Boko Haram into an electoral spoiler.