Civilian CSDP “fast forward”: workshop on the implementation of the civilian CSDP Compact 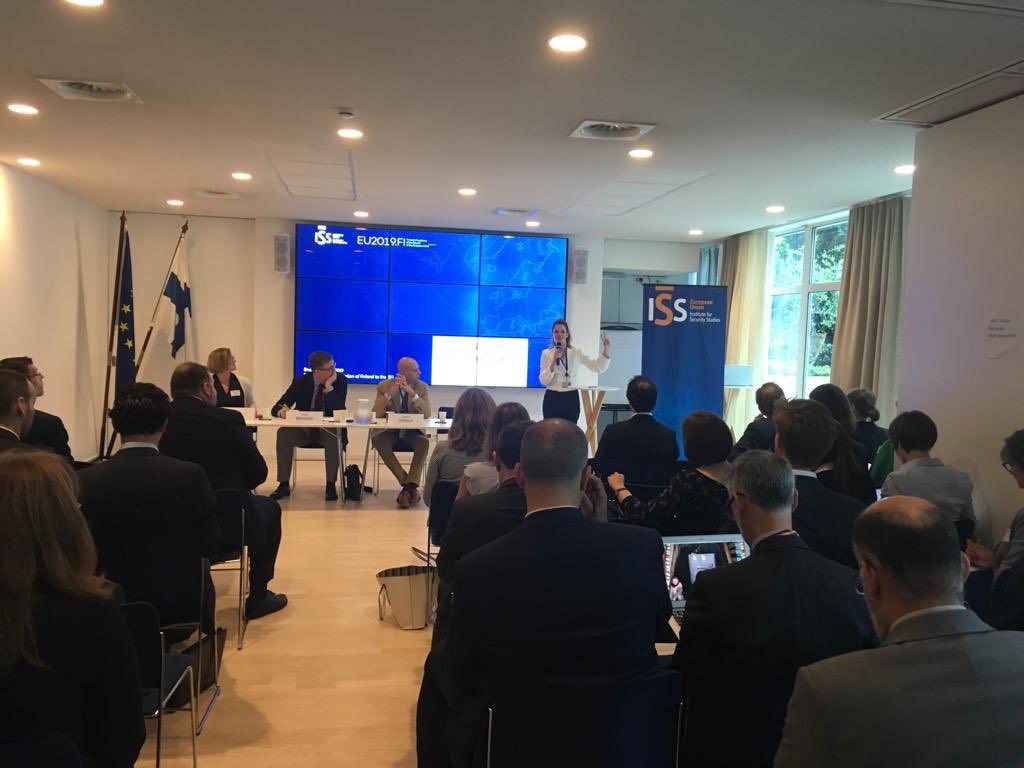 On 19 July 2019, the Finnish Presidency of the Council of the European Union and the EUISS organised a workshop in Brussels on the implementation of the Civilian CSDP Compact.

In November 2018, the Foreign Affairs Council and the member states adopted the Civilian CSDP Compact and thereby committed themselves to a more capable, more effective, and more joined up civilian CSDP. Against this backdrop, the primary objective of this workshop was to take stock of progress and contribute to identifying priorities for the work ahead by exchanging best practices on national implementation plans and discussing crisis scenarios for civilian CSDP.

The workshop was divided into three sessions. First, a high-level panel outlined global scenarios for civilian CSDP by 2023, the deadline set for the full implementation of the Compact. During the second session, participants split into four working groups to share best practices and identify challenges in relation to four aspects of the national implementation plans: decision-making, legislative frameworks, training and career paths. The third and last session took the format of two parallel crisis simulation exercises in the Eastern and Southern neighbourhood.