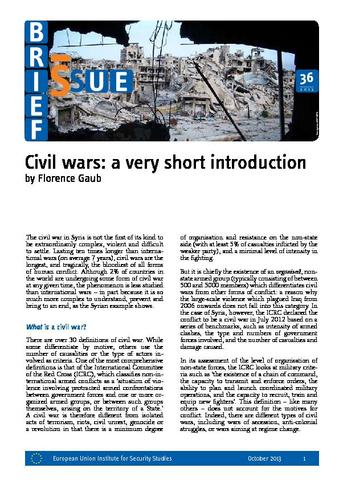 The civil war in Syria is not the first of its kind to be extraordinarily complex, violent and difficult to settle. Lasting ten times longer than international wars (which, on average, last 7 years), civil wars are the longest, and tragically, the bloodiest of all forms of human conflict. Although 2% of countries in the world are undergoing some form of civil war at any given time, the phenomenon is less studied than international wars – in part because it is so much more complex to understand, prevent and bring to an end, as the Syrian example shows.