China’s rise: a view from Australia 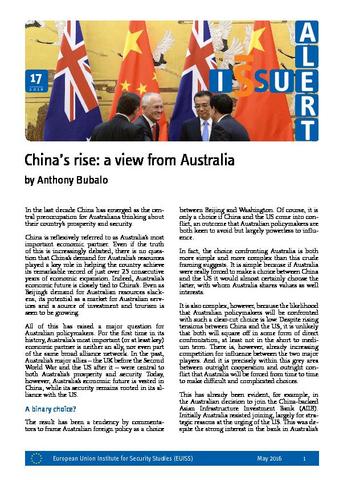 In the last decade China has emerged as the central preoccupation for Australians thinking about their country’s prosperity and security. This has raised a major question for Australian policymakers. For the first time in its history, Australia’s most important (or at least key) economic partner is neither an ally, nor even part of the same broad alliance network. In the past, Australia’s major allies – the UK before the Second World War and the US after it – were central to both Australia’s prosperity and security. Today, however, Australia’s economic future is vested in China, while its security remains rooted in its alliance with the US.

Partners from a large island: Australia and CSDP