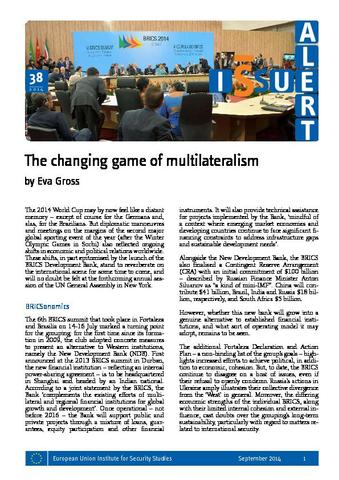 The 2014 World Cup may by now feel like a distant memory – except of course for the Germans and, alas, for the Brazilians. But diplomatic manoeuvres and meetings on the margins of the second major global sporting event of the year (after the Winter Olympic Games in Sochi) also reflected ongoing shifts in economic and political relations ­worldwide. These shifts, in part epitomised by the launch of the BRICS Development Bank, stand to reverberate on the international scene for some time to come, and will no doubt be felt at the forthcoming annual session of the UN General Assembly in New York.