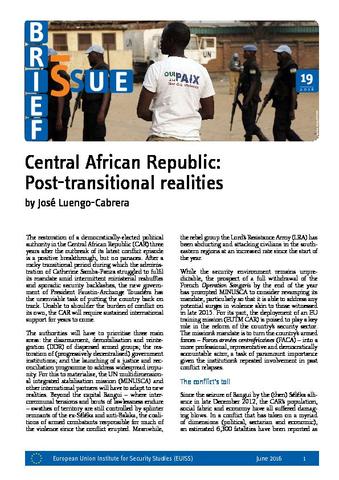 The restoration of a democratically-elected political authority in the Central African Republic (CAR) three years after the outbreak of its latest conflict episode is a positive breakthrough, but no panacea. After a rocky transitional period during which the administration of Catherine Samba-Panza struggled to fulfil its mandate amid intermittent ministerial reshuffles and sporadic security backlashes, the new government of President Faustin-Archange Touadéra has the unenviable task of putting the country back on track. Unable to shoulder the burden of conflict on its own, the CAR will require sustained international support for years to come.