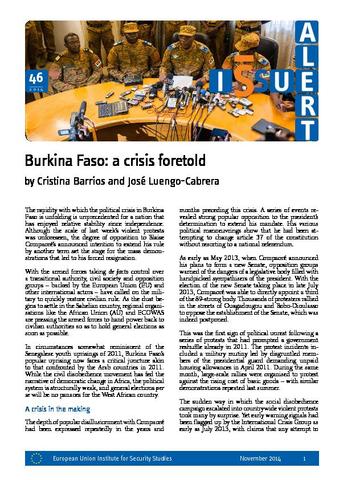 The rapidity with which the political crisis in Burkina Faso is unfolding is unprecedented for a nation that has enjoyed relative stability since independence. Although the scale of last week’s violent protests was unforeseen, the degree of opposition to Blaise Compaoré’s announced intention to extend his rule by another term set the stage for the mass demonstrations that led to his forced resignation.

With the armed forces taking de facto control over a transitional authority, civil society and opposition groups – backed by the European Union and other international actors – have called on the military to quickly restore civilian rule. As the dust begins to settle in the Sahelian country, regional organisations like the African Union (AU) and ECOWAS are pressing the armed forces to hand power back to civilian authorities so as to hold general elections as soon as possible.