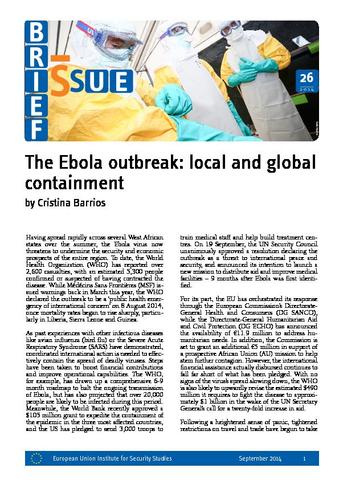 Having spread rapidly across several West African states over the summer, the Ebola virus now threatens to undermine the security and economic prospects of the entire region. To date, the World Health Organization (WHO) has reported over 2,600 casualties, with an estimated 5,300 people confirmed or suspected of having contracted the disease. As past experiences with other infectious diseases like avian influenza (bird flu) or the Severe Acute Respiratory Syndrome (SARS) have demonstrated, coordinated international action is needed to effectively contain the spread of deadly viruses. But the sluggish pace at which international actors are mobilising is providing a window of opportunity for Ebola to continue its expansion.