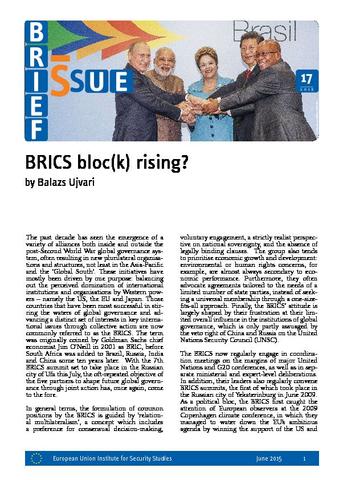 The past decade has seen the emergence of a variety of alliances both inside and outside the post-Second World War global governance system, often resulting in new plurilateral organisations and structures, not least in the Asia-Pacific and the ‘Global South’. These initiatives have mostly been driven by one purpose: balancing out the perceived domination of international institutions and organisations by Western powers – namely the US, the EU and Japan. Those countries that have been most successful in stirring the waters of global governance and advancing a distinct set of interests in key international issues through collective action are now commonly referred to as the BRICS.