Bosnia and Herzegovina: back on an EU track? 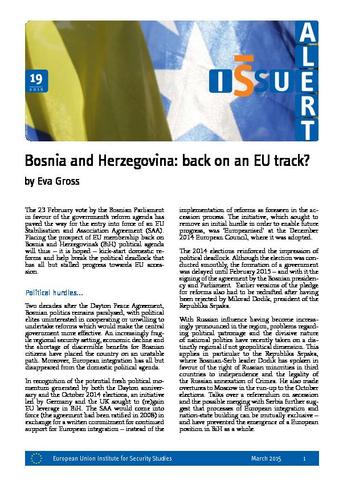 The 23 February vote by the Bosnian Parliament in favour of the government’s reform agenda has paved the way for the entry into force of an EU Stabilisation and Association Agreement (SAA).

Placing the prospect of EU membership back on Bosnia and Herzegovina’s (BiH) political agenda will thus – it is hoped – kick-start domestic reforms and help break the political deadlock that has all but stalled progress towards EU accession.

Unfinished business in the Balkans