A better and stronger Europe 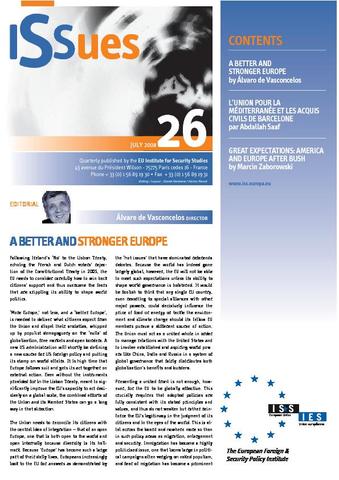 Following Ireland’s ‘No’ to the Lisbon Treaty, echoing the French and Dutch voters’ rejection of the Constitutional Treaty in 2005, the EU needs to consider carefully how to win back citizens’ support and thus overcome the fears that are crippling its ability to shape world politics.

‘More Europe,’ not less, and a ‘better Europe’, is needed to deliver what citizens expect from the Union and dispel their anxieties, whipped up by populist demagoguery on the ‘evils’ of globalisation, free markets and open borders. A new US administration will shortly be defining a new course for US foreign policy and putting its stamp on world affairs. It is high time that Europe follows suit and gets its act together on external action. Even without the instruments provided for in the Lisbon Treaty, meant to significantly improve the EU’s capacity to act decisively on a global scale, the combined efforts of the Union and its Member States can go a long way in that direction.