Article 346 and the qualified application of EU law to defence 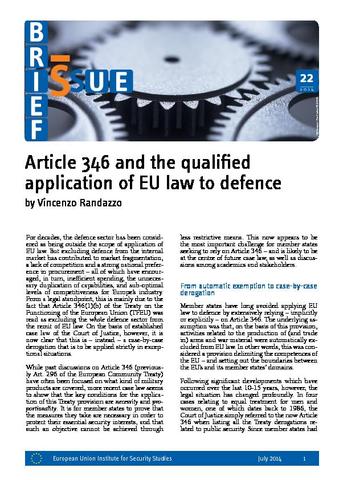 For decades, the defence sector has been considered as being outside the scope of application of EU law. But excluding defence from the internal market has contributed to market fragmentation, a lack of competition and a strong national preference in procurement – all of which have encouraged, in turn, inefficient spending, the unnecessary duplication of capabilities, and sub-optimal levels of competitiveness for Europe’s industry. From a legal standpoint, this is mainly due to the fact that Article 346(1)(b) of the Treaty on the Functioning of the European Union (TFEU) was read as excluding the whole defence sector from the remit of EU law. On the basis of established case law of the Court of Justice, however, it is now clear that this is – instead – a case-by-case derogation that is to be applied strictly in exceptional situations.