Afghanistan: the view from Pakistan 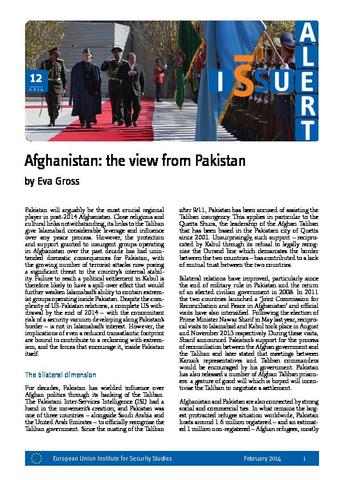 Pakistan will arguably be the most crucial regional player in post-2014 Afghanistan. Close religious and cultural links notwithstanding, its links to the Taliban give Islamabad considerable leverage and influence over any peace process. However, the protection and support granted to insurgent groups ­operating in Afghanistan over the past decade has had unintended domestic consequences for Pakistan, with the growing number of terrorist attacks now posing a ­significant threat to the country’s internal stability. Failure to reach a political settlement in Kabul is therefore likely to have a spill-over effect that would further weaken Islamabad’s ability to contain extremist groups operating inside Pakistan. Despite the complexity of US-Pakistan relations, a complete US withdrawal by the end of 2014 – with the concomitant risk of a security vacuum developing along Pakistan’s border – is not in Islamabad’s interest. However, the implications of even a reduced transatlantic footprint are bound to contribute to a reckoning with extremism, and the forces that encourage it, inside Pakistan itself.