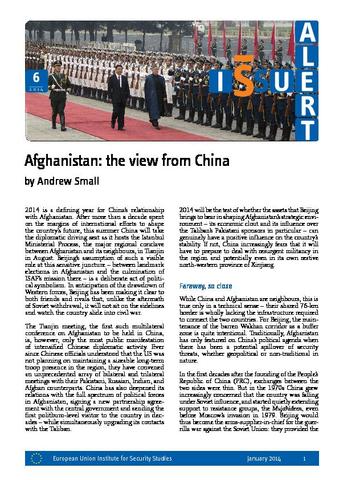 2014 is a defining year for China’s relationship with Afghanistan. After more than a decade on the margins of international efforts to shape the country’s future, this summer China will take the diplomatic driving seat as it hosts the Istanbul Ministerial Process, the major regional conclave between Afghanistan and its neighbours, in Tianjin in August. In anticipation of the drawdown of Western forces, Beijing has been making it clear to both friends and rivals that, unlike the aftermath of Soviet withdrawal, it will not sit on the sidelines and watch the country slide into civil war.