Yes they could - Iran’s presidential surprise 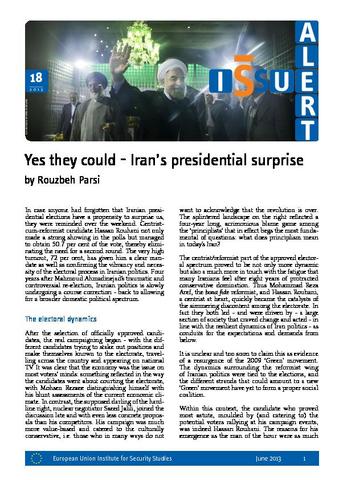 In case anyone had forgotten that Iranian presidential elections have a propensity to surprise us, they were reminded over the weekend. Centrist-cum-reformist candidate Hassan Rouhani not only made a strong showing in the polls but managed to obtain 50.7 per cent of the vote, thereby eliminating the need for a second round.
The very high turnout, 72 per cent, has given him a clear mandate as well confirming the vibrancy and necessity of the electoral process in Iranian politics. Four years after Mahmoud Ahmadinejad’s traumatic and controversial re-election, Iranian politics is slowly undergoing a course correction - back to allowing for a broader domestic political spectrum.

Iran: a revolutionary republic in transition