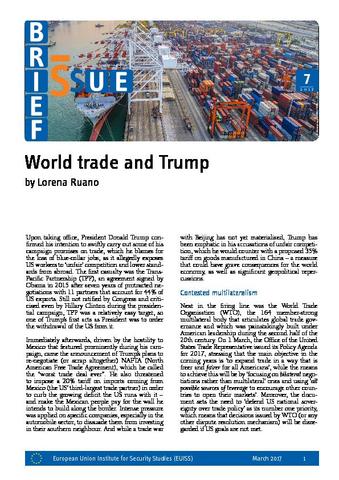 Upon taking office, President Donald Trump confirmed his intention to swiftly carry out some of his campaign promises on trade, which he blames for the loss of blue-collar jobs, as it allegedly exposes US workers to ‘unfair’ competition and lower standards from abroad.

The first casualty was the Trans- Pacific Partnership (TPP), an agreement signed by Obama in 2015 after seven years of protracted negotiations with 11 partners that account for 44% of US exports. Still not ratified by Congress and criticised even by Hillary Clinton during the presidential campaign, TPP was a relatively easy target, so one of Trump’s first acts as President was to order the withdrawal of the US from it.

Defence & technology: the US between Silicon Valley and European allies

No Trump cards for Moscow