Why is the EU ‘irrelevant’ for Israel? 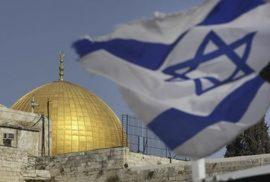 When Catherine Ashton welcomed her new choice for the post of EU Special Representative for the Middle East peace process on 23 January this year, she announced that the EU’s objectives in the Middle East have not changed. Andrew Reinicke, who is said to be an experienced diplomat with extensive knowledge of the Middle East, will work to bring the parties back to the negotiating table with the objective of achieving the “creation of an independent, democratic, contiguous and viable Palestinian state, living side by side with Israel in peace and security.” She went on to say that the EU, together with its Quartet partners, has a key role to play in this process. Yet the following questions remain: what exactly is the EU’s policy towards Israel and how does its policy differ from its achievements? What is the EU’s understanding of the current Israeli domestic situation and how does that affect EU effectiveness with respect to pursuing its goals in the Middle East?

The European perspective on the Middle East emanates from a mix of sources, but also from the absence of a clear policy. The fact that the EU is Israel’s main trading partner, and that Israel is an important contributor to European research and development should give the EU more leverage in its relationship with Israel. However, the opposite is true. When the European Union expressed disappointment and disapproval in response to new Israeli settlement construction in December 2011, a number of Israeli politicians lashed out against the EU declaring it to be “irrelevant”. Although this unusually undiplomatic reaction was quickly smoothed over by Defence Minister Ehud Barak, it demonstrates that Israel does not have much patience for any actor who does not fully share its agenda. In order to become relevant, the EU thus needs to develop a much more comprehensive strategic package with respect to its own goals in the Middle East. Three dimensions are especially important for such a package.

First, in order to be effective in its efforts to exert leverage on Israel, the EU needs to present a unified political strategy.  As in any other issue area at the moment, Europeans are lacking a unified voice and consequently, different objectives are being pursued by different agencies and bodies, as well as by the separate Member States. When analysing the role and definition of the United Nations, it is sometimes said that the right question to ask is not “what is the United Nations?” but rather, “where is the United Nations.” The EU, similarly, is not only an actor but also a place where bargaining occurs between Member States: in other words, the EU is not always more than the sum of its parts. Often, its various political actors and national constituencies agree neither on the goals, nor on their implementations. While this reflects an endemic problem for the EU in all policy areas, it directly influences EU policies towards Israel.

Israel has a closer relationship with the EU than any other country that is covered by the new European Neighbourhood Policy (ENP), with a fully developed political partnership delclared in 2005 (The EU-Israel Action Plan) under the legal framework of the EU-Israel Association Agreement of 1995. According to EUROSTAT, Israel’s exports to the EU in 2009 amounted to €11 billion and its imports from the EU to €14.4 billion, putting it in 25thplace among all the EU’s trading partners. As mentioned above, the EU is also Israel’s biggest market for exports. Cooperation is also high in the areas of security, education, environment, and scientific and technological development, with Israel being one of only two non-European countries that is a full partner in the development of the Galileo satellite programme. In short, as Javier Solana once noted, Israel is more involved in some areas of EU development than Croatia, a country that is set for EU accession in 2013. Israelis are asking for closer ties and talks have been held to further expand the areas of cooperation and to integrate Israel more fully into the EU free trade areas. Given Israel’s close economic and scientific relations with the EU, why is the EU not more politically relevant when it comes to pushing their objectives with respect to the Middle East peace process?

The answer can partly be explained by the fact that the tools that have been used are diffuse and inconsistent. On the one hand, the European Commission has conditioned further development of Israel’s economic and trade partnership programme on progress on the political track. Thus, while the EU-Israel Action Plan was revised by the Commission in 2008, its implementation was frozen by the European Parliament until further progress in the peace process was made. Yet at the same time, cooperation with Israel has been allowed to continue under the legal framework of the 1995 Association Agreement. Furthermore, the requirements and specifications of what constitutes as progress on the peace process have not been clearly defined. When asked what would prompt the ratification of the revised Action Plan, one EU official merely responded “significant progress”. With no benchmarks, and no specific requirements, Israeli politicians (including the moderates) are left in the dark and without a domestic political tool to push their fellow politicians to move forward in the peace process. Hence, despite its advanced economic relations with Israel, the inability of the EU to specify its political goals and interests in the Middle East leaves it without leverage to press Israel to re-engage in negotiations on the EU’s preferred terms.

The second dimension for a more effective EU strategic package relates to its position on a viable negotiation formula. Europeans tend to stick adamantly to the dictates of international law and are committed to the two-state solution, a model that, for most other actors, is seen as in need of serious revision as a result of the political and demographic realities on the ground. According to the European External Action Service (EEAS), the goals with regard to the Middle East peace process are based on the full implementation of the principles of international law, which are unquestionable with respect to the future of the occupied territories (UN security Resolutions 242 and 338) and the creation of a Palestinian state. For the EU however, the focus on these principles comes not just as a result of a focus on human rights or humanitarian concerns for the Palestinians but also out of a need for European self-preservation.

To explain this, Andreas Fiedler, the Desk Officer for the Middle East peace process rhetorically asked: “can you imagine what would happen in Europe if we started looking thousands of years back to justify territorial claims?” Over the course of history, European borders have been drawn and redrawn, usually as a result of conflict and war. The minorities expelled before and shortly after the Second World War numbered in the tens of millions (the majority of them Germans and Poles) from areas such Silesia, Alsace-Lorraine, and the Sudetenland. Most of the displacement occurred due to border changes in formerly contested regions, but there were also scattered ethnic minorities all over Eastern Europe who were ‘repatriated’ to their countries of ethnic origin, in many cases places where they had not lived for generations. As a result, there is very little patience in Europe for a discussion about competing claims that date back thousands of years while present demographic and political realities are blatantly ignored.

However, while the EU may prefer to avoid religious and ideological arguments about territorial priority based on historic claims, it needs to realise that in the deeply religious and ideological context of the Middle East, those arguments are already on the table. A clearer European perspective is therefore needed even on the most controversial issues in order to constructively participate in the discussions.

The third dimension that is needed to develop a comprehensive strategic package for the EU is developing a better understanding about how the domestic situation in Israel influences the ability of the Israeli government to make substantial decisions regarding negotiations with the Palestinians. Europeans seem often to have a slightly one-dimensional view of Israel, perhaps emanating less from a lack of comprehension and more from the habit of communicating only with those Israelis who are willing to approach them, whose moderate and secular views are palatable to EU consciousness. What many EU officials fail to realise is that although their Israeli interlocutors offer a promising scenario of peace and compromise, Israeli domestic politics make it increasingly impossible for them to have any real impact on policy. On this point Europeans sometimes express bewilderment: they truly fail to understand why the Netanyahu government continues on a path that so obviously leads to Israel’s ‘self-destruction.’ What Europeans also often fail to recognise is that Israeli politicians are caught in a debilitating status quo between the religious and secular right, who advocate various unilateral solutions, including the annexation of the West Bank, and those on the secular left who promote turning most of the West Bank over to Palestinian self-rule. What the Palestinians and the rest of the world see as inaction by Israel is therefore in fact already a difficult compromise between those two extremes.

While Israeli public opinion in favour of a Palestinian state currently stands at about 54%, a January 2012 poll by the Guttman Institute showed that when given the choice between either continued rule over Judea and Samaria or Israel remaining a country with a Jewish majority, a quarter of Israelis preferred to keep the territories. This finding is notable because Israel’s territorial claims to Judea and Samaria are partly based on religious doctrine, which is generally closed to alternative interpretations. If the EU fails to understand the political and religious complexity of the Israeli domestic situation, they will truly be irrelevant when it comes to moving the peace process forward.

In order for the EU to be effective in promoting the Israeli-Palestinian peace process, it needs to refocus both its goals and its understanding about what it would like to achieve, and whether the domestic situation both within the EU and Israel makes such achievements possible. If the EU aims to continue to use economic tools against Israel in order to gain political victories, those tools need to be uniformly applied with clear policy objectives and specific benchmarks. Only then can Israeli moderate politicians present Israeli compliance as a worthwhile objective. The best antidote to ‘irrelevance’ is relevance; the EU needs to prioritise certain economic and political goals and also realise that Israeli domestic and foreign policy are deeply interrelated as Kissinger aptly noted. As a result, new ways around old principles may be needed in order to implement solutions that are broadly based on the accepted principles of international law.

Tova Norlén is currently a TAPIR fellow at the EUISS.

The opinions expressed in this article are her own and do not necessarily reflect those of the Institute.