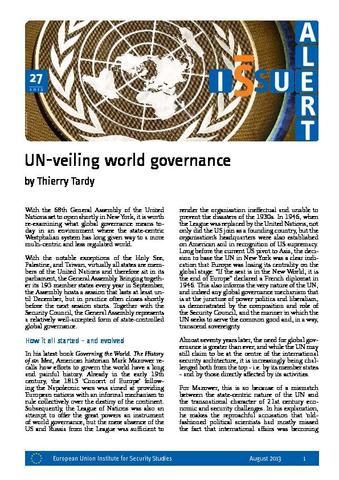 With the notable exceptions of the Holy See, Palestine, and Taiwan, virtually all states are members of the United Nations and therefore sit in its parliament, the General Assembly. Bringing together its 193 member states every year in September, the Assembly hosts a session that lasts at least until December, but in practice often closes shortly before the next session starts. Together with the Security Council, the General Assembly represents a relatively well-accepted form of state-controlled global governance. Yet despite the need for ever more global governance almost seventy years after the founding of the UN, the organisation is increasingly being challenged from the top - i.e. by its member states - and by those directly affected by its activities.