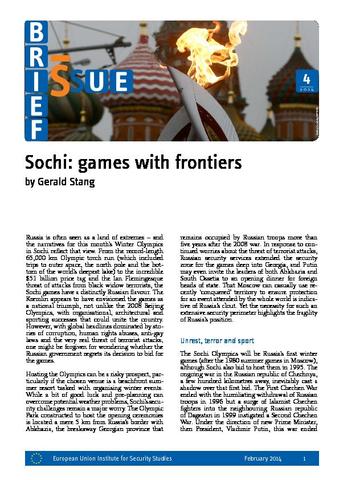 Russia is often seen as a land of extremes – and the narratives for this month’s Winter Olympics in Sochi reflect that view. From the record-length 65,000 km Olympic torch run (which included trips to outer space, the north pole and the bottom of the world’s deepest lake) to the incredible $51 billion price tag and the Ian Flemingesque threat of attacks from black widow terrorists, the Sochi games have a distinctly Russian flavour. The Kremlin appears to have envisioned the games as a national triumph, not unlike the 2008 Beijing Olympics, with organisational, architectural and sporting successes that could unite the country. However, with global headlines dominated by stories of corruption, human rights abuses, anti-gay laws and the very real threat of terrorist attacks, one might be forgiven for wondering whether the Russian government regrets its decision to bid for the games.