Saudi Arabia and the Islamic alliance 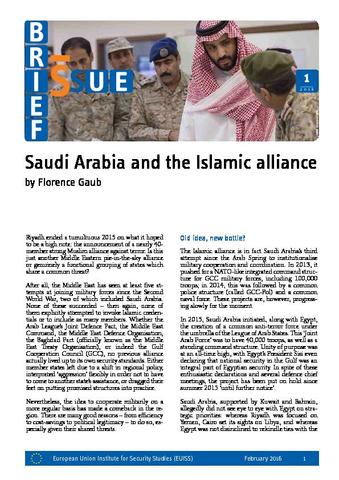 Riyadh ended a tumultuous 2015 on what it hoped to be a high note: the announcement of a nearly 40-member strong Muslim alliance against terror. Is this just another Middle Eastern pie-in-the-sky alliance or genuinely a functional grouping of states which share a common threat?
After all, the Middle East has seen at least five attempts at joining military forces since the Second World War, two of which included Saudi Arabia. None of these succeeded – then again, none of them explicitly attempted to invoke Islamic credentials or to include as many members. Whether the Arab League’s Joint Defence Pact, the Middle East Command, the Middle East Defence Organisation, the Baghdad Pact (officially known as the Middle East Treaty Organisation), or indeed the Gulf Cooperation Council (GCC), no previous alliance actually lived up to its own security standards. Either member states left due to a shift in regional policy, interpreted ‘aggression’ flexibly in order not to have to come to another state’s assistance, or dragged their feet on putting promised structures into practice.