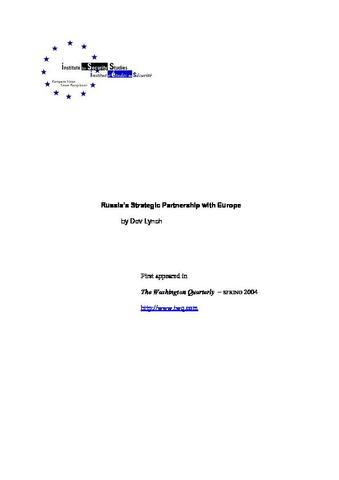 Shortly before the twelfth Russian–European Union summit in early November 2003, in an interview with the Italian press, Russian president Vladimir Putin stated, “For us, Europe is a major trade and economic part-ner and our natural, most important partner, including in the political sphere. Russia is not located on the American continent, after all, but in Europe.” Russia, he continued, is “interested in developing relations with our part-ners in the U.S. and the American continent as a whole and in Asia, but, of course, above all with Europe.