The RMA - Europe can keep in step 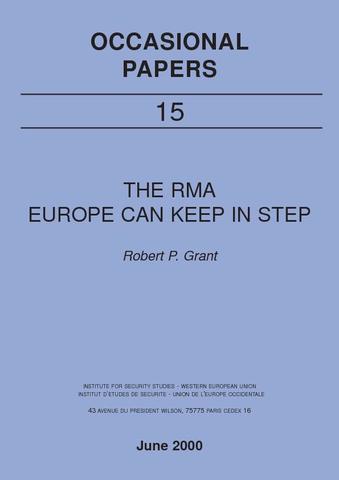 The transatlantic defence community drew divergent conclusions from NATO’s Operation Allied Force in Kosovo. Many observers asserted that the operation showed the European allies to be irremediably behind the United States in applying decisive new forms of advanced technology warfare. Others viewed the Kosovo conflict as helping to demonstrate the illusory nature of the ‘revolution in military affairs’, or at least its irrelevance to military operations other than war (MOOTW) and asymmetric operations. Both of these views are misplaced.
The United States has begun a gradual transition from platform centric to network centric warfare, in which sensors, decision-makers and shooters are linked in unprecedented ways to achieve greatly increased operational effectiveness. The exact reach of this military transformation will depend on further technological development, especially in sensor systems, as well as on considerable experimentation to develop the operational concepts and organisational approaches that can best exploit new technologies. Nonetheless, RMA capabilities not only seem likely to be relevant to many forms of asymmetric operations and MOOTW as well as to major conflict, but may eventually become vital to the successful undertaking of most of these interventions.
European countries will consequently need to acquire RMA capabilities in order to undertake certain operations on their own and to make a substantial contribution to US-led operations, but they will not require anything approaching the variety and number of systems in the US military arsenal. Despite the impression left by the Kosovo campaign that Europe has not yet left the starting block with respect to the RMA, European countries are already starting to develop and acquire significant RMA related technological capabilities. Some of these capabilities will become operational in a relatively short time, and would have allowed a more substantial European contribution to the Kosovo campaign.
European countries are facing huge pressure on their defence budgets stemming from the need to carry out a two-fold military transformation aimed at developing both basic force projection and more advanced RMA capabilities. They will have to make choices regarding which RMA capabilities to emphasise, and determine how to reconcile the need to maintain coalition military effectiveness with the United States while not compromising longer-term possibilities for conducting autonomous operations. The ability of a European Security and Defence Policy to bring about tangible improvements to European defence capabilities will be vital to the success of this endeavour. Another important step will be to establish a transatlantic campaign of experimental programmes to explore new technologies, operational concepts, and organisational approaches that can enhance the effectiveness of Western-led coalition operations for peacekeeping, peace enforcement, and regional conflict. Although the primary onus is now on Europeans to deliver on their commitment to enhanced military capabilities, the United States must take more seriously its current political and perhaps future military need to have coalition partners for most missions that it will plausibly undertake.
In both European capitals and in Washington there is substantial recognition that a ‘business as usual’ approach to will not succeed in dealing with the multiple challenges to coalition military effectiveness. Yet, on both sides of the Atlantic it will take much effort and political will to overcome entrenched ways of doing things. While despair over an unbridgeable transatlantic RMA gap is certainly unwarranted, misplaced confidence would be even more so.