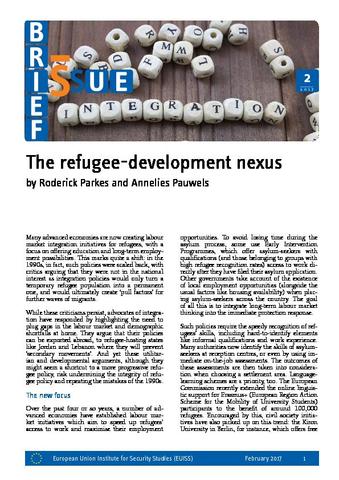 Many advanced economies are now creating labour market integration initiatives for refugees, with a focus on offering education and long-term employment possibilities. This marks quite a shift: in the 1990s, in fact, such policies were scaled back, with critics arguing that they were not in the national interest as integration policies would only turn a temporary refugee population into a permanent one, and would ultimately create ‘pull factors’ for further waves of migrants. While these criticisms persist, advocates of integration have responded by highlighting the need to plug gaps in the labour market and demographic shortfalls at home. They argue that their policies can be exported abroad, to refugee-hosting states like Jordan and Lebanon where they will prevent ‘secondary movements’.

People on the move – The new global (dis)order