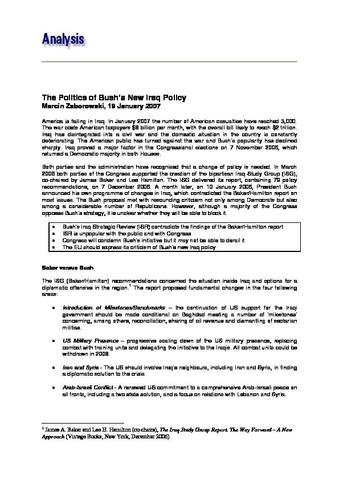 <br />America is failing in Iraq. In January 2007, the number of American casualites have reached 3,000. The war costs American taxpayers $8 billion per month, with the overall bill likely to reach $2 trillion. Iraq has disintegrated into a civil war and the domestic situation in the country is constantly deteriorating. The American public has turned against the war and Bush's popularity has declined sharply. Iraq proved a major factor in the Congressional elections on 7 November 2006, which returned a Democratic majority in both Houses.