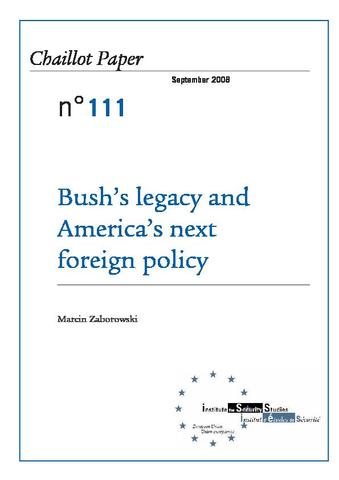 During the eight years of George W. Bush’s presidency America’s grand strategy changed. The terrorist attacks of 9/11 profoundly altered America’s view of the world. But the manner of Bush’s response to the attacks is the subject of controversy and his major foreign policy decisions, especially the invasion of Iraq, are now considered to have been misjudged by the majority of Americans. Whether Bush will be ultimately judged a failure or not, it is likely that some of the main policies associated with his name will be pursued by his successor – be he Democrat or Republican. The European Union is the closest ally of the United States. The Europeans and the Americans are linked to each other by historical, economic and political ties like no other powers in the world. America’s foreign policy reflects on the Europeans too, in the sense that Europeans are often associated with America’s foreign policy in the eyes of the wider world. Indeed, the outside world often makes no distinction between the US and the EU, simply branding the two as ‘the West’. However, the vast majority of Europeans disapproved of Bush’s foreign policy, especially his decision to invade Iraq, and transatlantic relations consequently suffered during his presidency. The end of the Bush era creates an opportunity for a new departure and a renewed dialogue between the EU and the US. But European expectations of the change that the new president will bring about are often unrealistic. This paper gives an account of Bush’s legacy and its impact on the next US administration’s conduct of foreign policy. It examines the ideology and policies that have characterised Bush’s administration and maps out the likely future orientation of America’s foreign policy. The paper focuses on US relations with Iraq, Iran and China, as well as touching on Europe and Russia. 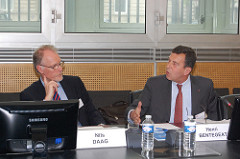