Iraq, Katrina and US Foreign Policy: Implications for the EU 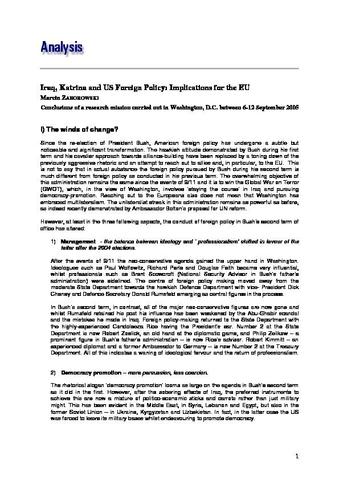 Since the re-election of President Bush, American foreign policy has undergone a subtle but noticeable and significant transformation. The hawkish attitude demonstrated by Bush during his first term and his cavalier approach towards alliance-building have been replaced by a toning down of the previously aggressive rhetoric and an attempt to reach out to allies and, in particular, to the EU.