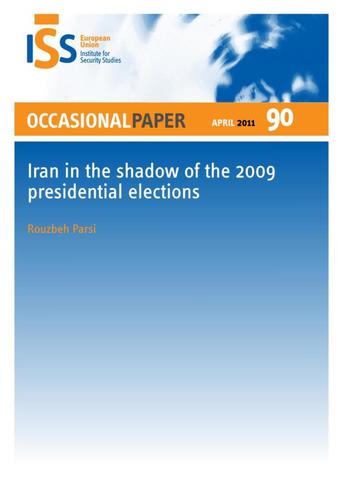 In the past two years the Iranian domestic political scene has undergone a major upheaval where many established norms and institutional frameworks have been abandoned or seriously weakened. A new baseline and sense of normalcy has yet to be established. The ailing Iranian economy reflects the long-term structural deficiencies of the Islamic Republic and its mismanagement, combined with the damage wrought by sanctions, has made its performance and future outlook a source of great debate and concern. The subsidy reforms that have been hotly debated over the last 18 months and that are now coming into effect, after a protracted legislative battle in the Majlis, exemplify the dysfunctionalities of the Iranian system of governance and its leaders. While the reform is necessary, the manner in which it is being implemented and its actual content is vague and not very confidence-inspiring. The primary reason for the sense of upheaval and dislocation in Iran is obviously the revolutionary Green Movement that emerged as a reaction to the contested election result in June 2009. The political demand for a fair election has, in the tit-for-tat cycle of repression and street protests, since become more radical, increasingly calling some of the fundamental tenets of the Islamic Republic into question. Whether the protest movement can gain in traction and strength by linking up with other forces in Iranian society remains to be seen. The opacity of the Iranian political system has increased and one of the entities whose role and weight must be re-assessed is the Islamic Revolutionary Guards Corps (IRGC). They now have a strong presence in the economy and a central role in safeguarding a highly conservative interpretation of the revolutionary legacy. This said, it must be remembered that, given the complex structure and dynamics of Iranian society, inevitably the spectrum of Iran’s social divisions and attitudes is reflected at various levels of the hierarchy of the IRGC as well. In the foreign policy arena the issue of sanctions remains the most salient feature of US and EU policy towards Iran. In this paper it is argued that there is no clear or convincing evidence of a correlation between the actual negative impact of the sanctions on Iranian society and the economy, and a change in Iranian nuclear policy or an overall systemic crisis induced by popular discontent resulting in regime change. In the end the West’s whole dysfunctional relationship with Iran needs to be re-thought and revise. It needs to be conceptualised beyond individual issues and topics of contention. There is confusion over the means, sanctions, and ends, i.e. strategic decisions on what kind of, if any, relationship the EU and US wants with Iran. A serious discussion on how to overcome this confusion has yet to begin.

Rethinking Iran: from confrontation to cooperation 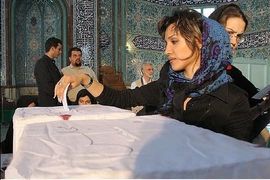