Integrating the EU defence market: an easy way to soften the impact of military spending cuts? 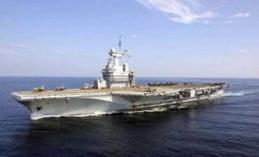 As many European countries introduce their biggest defence budget cuts in years, they have been exploring ways to limit the impact on their armed forces. There has been much talk within the EU and NATO of increasing ‘pooling and sharing’ of European military capabilities. But many governments are struggling to commit to specific initiatives. They are worried that if they share military assets with their allies, they might disagree about when to use them – as happened during NATO’s deployment to Libya when NATO allies were at odds over taking military action. They fear that their national defence companies will be deprived of vital contracts. They also find it politically difficult to sign up to costly multinational procurement programmes at a time when they are cutting back on personnel.

Another way European governments can limit the damage of military spending cuts is through exploiting two directives designed to integrate the EU defence market. One directive aims to increase the amount of competition in defence procurement across the EU. The other strives to facilitate the export of defence equipment amongst EU countries. Not only do the directives create the potential for significant savings, but also their use will not be as affected by the obstacles hampering ‘pooling and sharing’ efforts.

EU member states agreed to the two directives in 2008-2009, after acknowledging that the way they regulated their defence markets was highly inefficient – hurting their armed forces, tax payers and defence industries alike. Governments often bought military equipment without resorting to competition. At times, this was necessary to uphold national security. But often states were merely protecting their favourite national suppliers. Since 2005, there had been some improvements in buying habits as EU governments committed to open a substantial amount of their defence procurement to European competition through a voluntary code of conduct within the European Defence Agency. But some states continued to use ‘national security’ as a cloak for protectionism. EU member states also imposed unnecessarily strict export controls on their defence equipment. Defence companies frequently had to ask governments for individual authorisation when they moved a component between plants based in different EU countries. When the armed forces of an EU country bought military equipment from a neighbour, they often had to ask for authorisations to buy anodyne spare parts.

As a result of the directives, since August 2011, EU governments must allow defence companies from across the EU to bid when they procure military equipment, unless there are legitimate security concerns. (In contrast to the Code of Conduct on Defence Procurement, the directive is legally binding.) Since June 2012, EU member states also have to offer ‘general’ and ‘global’ licences. Broadly speaking, military goods which benefit from a general licence can move within EU borders without exporters having to ask for specific licences to do so. Global licences are granted to defence companies and allow them to transfer several goods to various recipients.

But the impact of the directives will depend on the extent to which governments use the new tools at their disposal. The new rules do not define which military equipment is so sensitive that it should remain excluded from EU competition. Some governments could continue to use the exemption widely. Even when states use the new procurement procedures, they could manipulate the criteria within their contracts to favour national suppliers. (Something several have done when using the Code of Conduct.) Governments also get to choose which military goods are safe for general and global licences. If they only provide streamlined licences to a limited amount of equipment, the impact of the new system could be modest.

So far there have been both positive and negative signs about the extent to which EU governments might choose to exploit the new rules. A number of countries have taken advantage of the directives to completely eliminate the need for export authorisations for some military equipment when it is being sent to the armed forces of another EU country, or if it is for the purpose of repairs. At the same time, some countries are being more cautious than others regarding the goods which benefit from general licences. For example, while one EU country now grants general licences to all armoured and protective equipment when sent to the armed forces of a fellow EU state, another only provides general licences to helmets and body armour. A small group of states have not even finished introducing the directive on export controls into their national legislation – even though the deadline was June 2011. Even more disconcertingly, a larger number of EU countries are nearly a year late in transposing the rules on procurement.

Over the next few years, EU member states should not only fully embrace the current provisions of the two directives, they should seek to facilitate EU trade further by establishing a common list of military equipment which would benefit from general licences across the EU. They should also collaborate with the US to ensure that military goods with American components do not undermine the benefits of streamlined internal EU export controls. If some governments continue delaying the transposition of either directive, the European Commission should take them to the European Court of Justice. (Commendably, the European Commission has already begun infringement proceedings against the current laggards.) The Commission should also be ready to call to order EU governments which might try to protect their national defence industry even after adopting the new rules. Although hopefully it will be not be necessary, a few rulings by the European Court of Justice against recalcitrant defence ministries would send a clear signal that from now on governments will be called upon to justify their procurement choices.

A more efficient EU defence market might unfortunately lead to some job losses as less efficient European defence companies lose out on contracts. But it may at least increase jobs in the better European firms and help ensure that Europe’s defence industry remains globally competitive. Streamlined export controls will also require some trust amongst European governments to ensure that military equipment is not re-exported to undesirable third parties. But the level of trust required for a government to send a spare part for an armoured vehicle to a fellow EU member state without an individual authorisation will be significantly lower than the trust required to pool aircraft carriers. In addition, integrating the EU defence market will not need any large investments upfront of the sort required when governments agree to large multinational procurement programmes. At a time when many EU member states are cutting back their defence expenditure by 10 per cent, and some have reduced it by over 20 per cent, governments must exploit all the possible cost-saving measures at their disposal – and those measures which are comparatively easier to introduce, even more so.

Clara Marina O’Donnell is a non-resident fellow at The Brookings Institution and fellow at the Centre for European Reform.