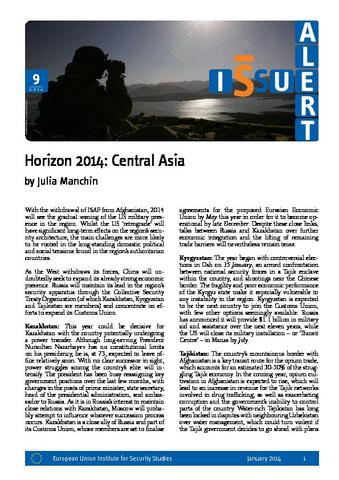 With the withdrawal of ISAF from Afghanistan, 2014 will see the gradual waning of the US military presence in the region. Whilst the US retrograde will have significant long-term effects with regard to a restructuring of the region’s security architecture, the main challenges are more likely to be rooted in the long-standing domestic political and social tensions found in the region’s authoritarian countries. As the West continues to withdraw its forces, China will undoubtedly seek to expand its already strong economic presence. Russia will maintain its lead in the region’s security apparatus through the Collective Security Treaty Organization (of which Kazakhstan, Kyrgyzstan and Tajikistan are members) and concentrate on efforts to expand its Customs Union.