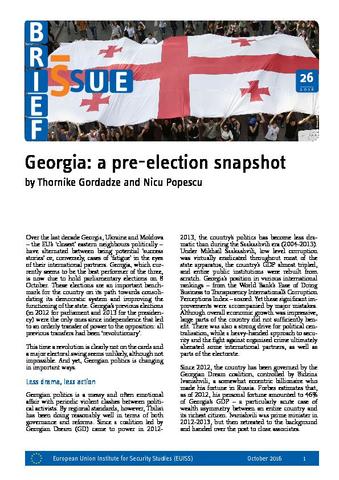 Over the last decade Georgia, Ukraine and Moldova – the EU’s ‘closest’ eastern neighbours politically – have alternated between being potential ‘success stories’ or, conversely, cases of ‘fatigue’ in the eyes of their international partners. Georgia, which currently seems to be the best performer of the three, is now due to hold parliamentary elections on 8 October. These elections are an important benchmark for the country on its path towards consolidating its democratic system and improving the functioning of the state. Georgia’s previous elections (in 2012 for parliament and 2013 for the presidency) were the only ones since independence that led to an orderly transfer of power to the opposition: all previous transfers had been ‘revolutionary’. This time a revolution is clearly not on the cards and a major electoral swing seems unlikely, though not impossible. And yet, Georgian politics is changing in important ways.