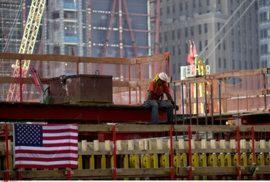 The commemoration of 10 years since the attacks of 9/11 is an opportunity to both remember the victims and their families and to reflect on the evolution of our society since those tragic events.

We can all recall the day the towers of the World Trade Center were attacked, but the memories of life before that day seem to be fading away. This is perhaps the reason why news of Osama bin Laden's death was for some a reason for celebration. Repeated triumphalist shouts in front of the White House felt improper.

Defending our way of life

Still, I had some sympathy with these reactions, understanding them to be a brief expression of sudden relief after 10 years of living in constant fear and frustration. These reactions are symptoms of a major dilemma with which our societies and politicians have struggled and neglected to address constructively: how to protect our way of life without destroying it.

The well-crafted rhetoric of homeland security and the ‘war on terror' has affected fundamental concepts such as sovereignty, rule of law and justice. It has also increased societal acceptance for policy measures that under different circumstances would be extensively criticised for their intrusion into civil liberties.

The use of new technologies, many of which bear significant implications for privacy and data protection (e.g. biometric identifiers, ethnic profiling), has shifted the balance towards the security side of the equation. Paradoxically, the way of life our governments claim to be defending has been slowly disappearing.

Today's domestic and international terrorist threats are more complex and the task of addressing them is not an easy one. But we should avoid situations where the proposed cure is more damaging than the problem itself. The attacks in New York, Madrid and London changed the international legal system and the norms of international conduct.

Running against rational rule-making, preparing for worst-case scenarios such as the threat of a dirty bomb or an attack on critical infrastructure have became the major criteria for post-9/11 homeland security policies.

The ‘shadow of future' has also prevented successive US governments from relaxing security provisions. Protecting the homeland has become a national priority and no government is willing to take the risk of another attack on their watch.

The past 10 years were also full of missed opportunities. Following 9/11, the United States failed to capitalise on the wave of positive energy and support coming from all over the world. Rather than using it to strengthen its global leadership permanently, the US launched a ‘global war on terror' which resulted in new divisions and criticism, even among their most loyal allies in Europe.

Guantanamo, Abu Ghraib, extraordinary renditions and wars in Iraq and Afghanistan have since become the symbols of the post 9/11 America. Despite the election of Barack Obama along with a message of hope, there has been little change in the situation. The improvement of ties with Muslim communities worldwide, as expressed in Obama's speech in Cairo, has also not materialised.

Similarly in Europe, we too have failed to maintain our distinctive balance between security and fundamental freedoms. The struggles between different actors over the EU's internal security have so far resembled more of a political turf war than a sincere debate about security objectives.

We have all missed the opportunity to strengthen bonds within our societies. Rather than using positive emotions like compassion and willingness to help each other, we have chosen to play on mutual fears and suspicions that undermine dialogue and communication.

The images of ruins and devastation after the 9/11 attacks remain in our memories as symbols of human hatred and evil. But it is the consequences of this event which are more difficult to portray with a single image.

It is the story of human sacrifice and those hundreds of servicemen and women who rushed to help the victims, many paying with their own lives. There are the stories of those soldiers who went to Afghanistan and Iraq willing to die to protect their country.

There are the stories of those numerous organisations which struggle to ensure that our fundamental freedoms do not disappear, or volunteers who give their lives trying to help civilians in conflict zones. Finally, there are the stories of common people, who have learned to live with a potential terrorist threat as they continue to go about their daily business.

Our task is to make sure that the world is a better place to live in for everyone who shares the values of democracy, justice and respect for human life, independently of their race, religion or belief. As idealistic as this message is, I hope it will remain stronger than any extremist ideology.

The article was first published on Deutsche Welle