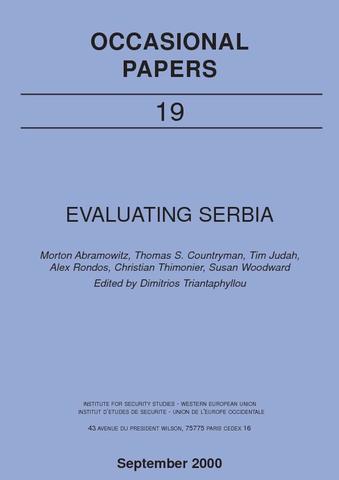 The recent developments in Serbia are indicative of a change in the political makeup of the country. The regime is becoming more repressive. A spate of highly publicised assassinations has sparked wider debate about the ability of the regime to maintain order. Many military officials refuse to obey orders or are switching camps, especially in Montenegro. And finally, the opposition has been showing signs of (faltering) cohesion with a massive rally in Belgrade on 14 April under the umbrella organisation ‘Alliance for Change’ and a number of other demonstrations led by ‘Otpor’, a student organisation.<br /><br />From these developments a number of questions arise with regard the choices of the regime, the impact of these policy choices on the wider neighbourhood, the policies of the international community and the ability of the regime, the international community, and the opposition to bring about change in Serbia, at what cost and with what consequences.<br /><br />It is within the aforementioned context that the Institute held its first meeting of the Task Force on South-Eastern Europe on ‘Assessing Serbia’. It was attended by representatives of national governments and international organisations, as well as European and American experts.

The question of Serbia