European integration and nuclear deterrence after the Cold War 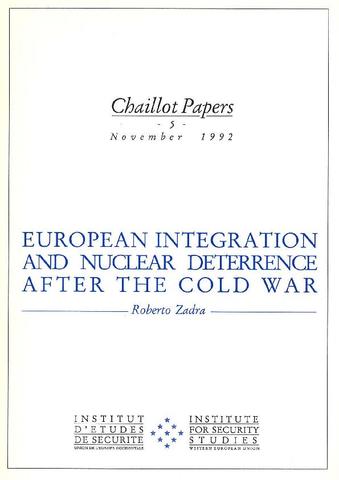 Since 1945, the existence of nuclear weapons has profoundly modified our thinking on strategic issues. Nowhere was that more true than in the Europe of the Cold War. With the end of the Cold War and the important progress made in the process of European integration, the roles of nuclear weapons and more generally deterrence in Europe need a new examination. Such an examination will require some analysis of the role of nuclear weapons in an eventual common defence policy for Europe. In this Chaillot Paper Roberto Zadra, who joined the Institute as a research fellow from the Istituto Affari Internazionali, Rome, in July 1991, makes an opening contribution to this new debate. The Institute hopes that it will stimulate a wider discussion of these important issues.