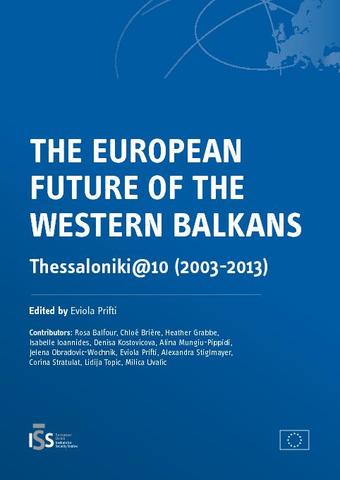 In June 2003 the EU-Western Balkans summit resulted in the Thessaloniki Declaration, affirming unequivocally that ‘the future of the Balkans is within the European Union’.<br /><br />On the occasion of the tenth anniversary of the declaration, and on the eve of Croatia’s accession to the EU, this publication assesses the progress that the countries of the Western Balkans have made on the path to European integration in the past decade. It notes the positive momentum generated by the Thessaloniki Agenda but highlights the various challenges faced by both the EU and the countries of the region, ranging from security issues, the consolidation of democracy and the rule of law to economic development and regional cooperation. It also looks ahead and discusses foreseeable or desirable prospects for both sides.<br /><br />This book offers an illuminating and distinctive perspective by featuring contributions from exclusively female authors - academics as well as policy practitioners - from both the EU and the Western Balkans.