The EU in Myanmar: preventive diplomacy in action? 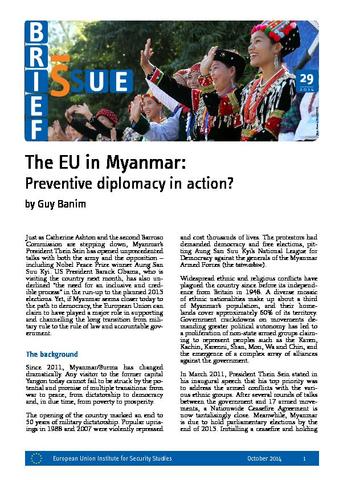 Just as Catherine Ashton and the second Barroso Commission are stepping down, Myanmar’s President Thein Sein has opened unprecedented talks with both the army and the opposition – including Nobel Peace Prize winner Aung San Suu Kyi. US President Barack Obama, who is visiting the country next month, has also underlined “the need for an inclusive and credible process” in the run-up to the planned 2015 elections. Yet, if Myanmar seems closer today to the path to democracy, the European Union can claim to have played a major role in supporting and channelling the long transition from military rule to the rule of law and accountable government.