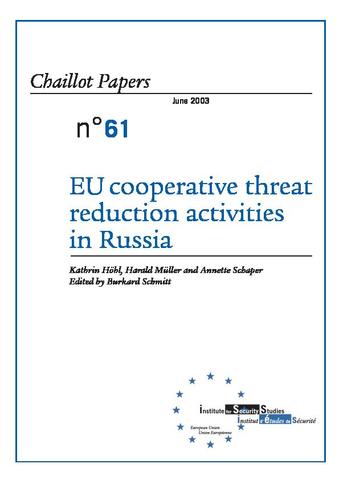 During the last year, the Institute has participated in a consortium of policy research organisations in the United States, Europe, Russia and Asia that aims to strengthen the G-8’s ‘Global Partnership against the Spread of Weapons of Mass Destruction’ initiative. The consortium, led by the Centre for Strategic and International Studies (CSIS, Washington, DC), seeks to support and promote cooperative threat reduction (CTR) activities. To account for, secure and dismantle WMD-related materials and infrastructures in the former Soviet Union is essential in the fight against proliferation in general and in the struggle to prevent terrorist groups in particular from gaining control of the most dangerous materials. In January 2003, the consortium published a major assessment that defines gaps in existing CTR programmes, recommends future priorities, and proposes coordination mechanisms that will improve the effectiveness of further efforts.

Russian perceptions and approaches to cooperation in ESDP