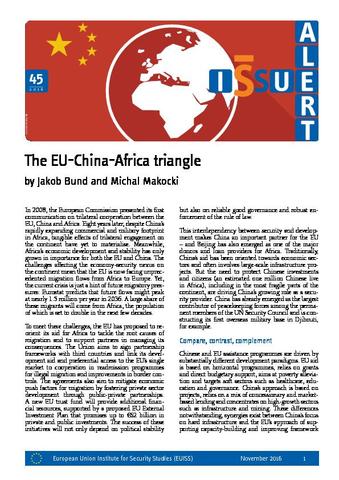 In 2008, the European Commission presented its first communication on trilateral cooperation between the EU, China and Africa. Eight years later, despite China’s rapidly expanding commercial and military footprint in Africa, tangible effects of trilateral engagement on the continent have yet to materialise. Meanwhile, Africa’s economic development and stability has only grown in importance for both the EU and China. This interdependency between security and development makes China an important partner for the EU – and Beijing has also emerged as one of the major donors and loan providers for Africa. Traditionally, China’s aid has been oriented towards economic sectors and often involves large-scale infrastructure projects. But the need to protect Chinese investments and citizens (an estimated one million Chinese live in Africa), including in the most fragile parts of the continent, are driving China’s growing role as a security provider.