Defence industries in Russia and China: players and strategies

06 December 2017
Edited by
With contributions from 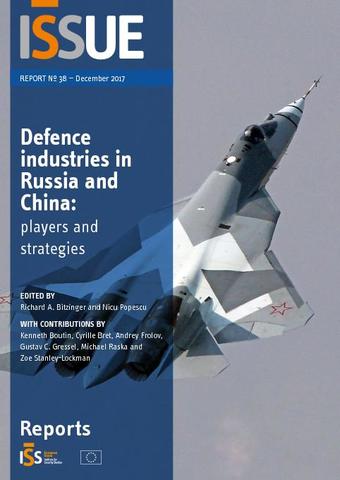 This Report turns the spotlight on two major players in the global defence industry: Russia and China. It examines how both countries, however different in their trajectory and ambition, have in recent years narrowed the industrial and technological gap with the European armaments sector and are now openly chal­lenging the West’s traditional superiority in this domain.

The loss of this military-technological edge could severely undermine the West’s abil­ity to counter direct Russian or Chinese military threats, while also entailing greater competition for European defence industries, thus reshaping the global arms trade – with repercussions for security relationships around the world.