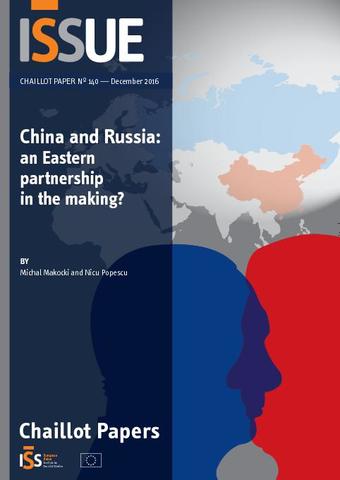 This Chaillot Paper, co-authored by Michal Makocki and Nicu Popescu, sets out to evaluate the scope and the actual implementation of the ‘pivot to the East’ announced by Moscow in the wake of its confrontation with the West over Ukraine. In particular, the study dwells on the ‘pivot within the pivot’ represented by Russia-China relations.

The paper highlights the areas of convergence and divergence between Moscow and Beijing, the asymmetries in interests and resources, and their wider implications for Russia’s policy in Asia – thus providing an insightful and balanced assessment of bilateral relations and their ‘systemic’ impact.