Cuba and Trump: the power of symbols 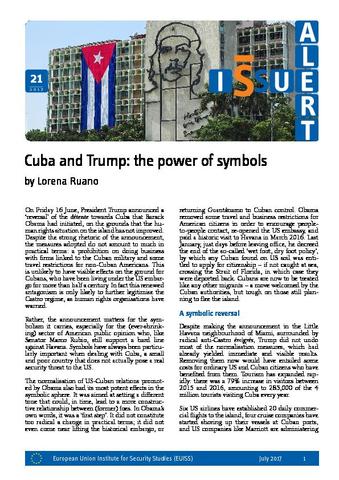 On Friday 16 June, President Trump announced a ‘reversal’ of the détente towards Cuba that Barack Obama had initiated, on the grounds that the human rights situation on the island has not improved. Despite the strong rhetoric of the announcement, the measures adopted do not amount to much in practical terms: a prohibition on doing business with firms linked to the Cuban military and some travel restrictions for non-Cuban Americans.

This is unlikely to have visible effects on the ground for Cubans, who have been living under the US embargo for more than half a century. In fact this renewed antagonism is only likely to further legitimise the Castro regime, as human rights organisations have warned.

EU-LAC: the other transatlantic partnership