COP21 en route to Paris: the state of play 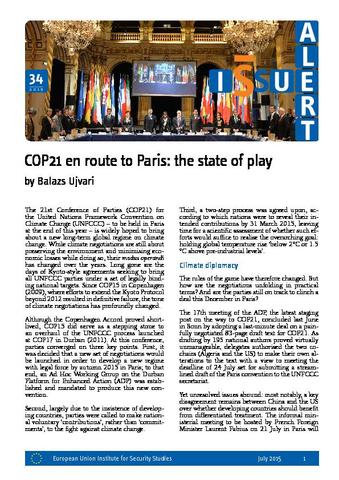 The 21st Conference of Parties (COP21) for the United Nations Framework Convention on Climate Change (UNFCCC) – to be held in Paris at the end of this year – is widely hoped to bring about a new long-term global regime on climate change. While climate negotiations are still about preserving the environment and minimising economic losses while doing so, their modus operandi has changed over the years. Long gone are the days of Kyoto-style agreements seeking to bring all UNFCCC parties under a set of legally binding national targets. Since COP15 in Copenhagen (2009), where efforts to extend the Kyoto Protocol beyond 2012 resulted in definitive failure, the tone of climate negotiations has profoundly changed.

A new climate for peace

Climate change and EU security – When and how they intersect