Civilian CSDP: what next? 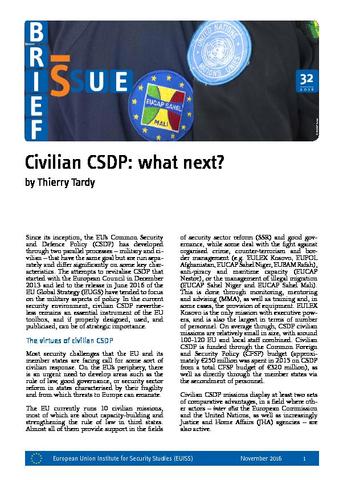 Since its inception, the EU’s Common Security and Defence Policy (CSDP) has developed through two parallel processes – military and civilian – that have the same goal but are run separately and differ significantly on some key characteristics. The attempts to revitalise CSDP that started with the European Council in December 2013 and led to the release in June 2016 of the EU Global Strategy (EUGS) have tended to deal with the military aspects of policy. In the current security environment, civilian CSDP nevertheless remains an essential instrument of the EU toolbox, and if properly designed, used, and publicised, can be of strategic importance.

Managing migration abroad – Why, where, what and how?