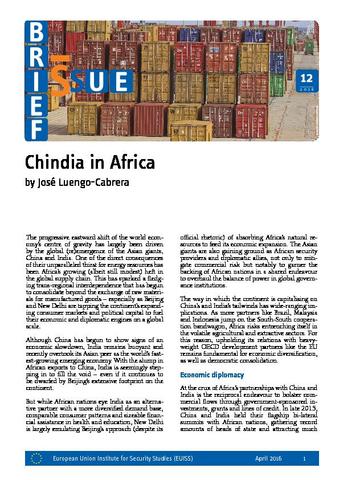 The progressive eastward shift of the world economy’s centre of gravity has largely been driven by the global (re)emergence of the Asian giants, China and India. One of the direct consequences of their unparalleled thirst for energy resources has been Africa’s growing (albeit still modest) heft in the global supply chain. This has sparked a fledging trans-regional interdependence that has begun to consolidate beyond the exchange of raw materials for manufactured goods – especially as Beijing and New Delhi are tapping the continent’s expanding consumer markets and political capital to fuel their economic and diplomatic engines on a global scale. Although China has begun to show signs of an economic slowdown, India remains buoyant and recently overtook its Asian peer as the world’s fastest-growing emerging economy. With the slump in African exports to China, India is seemingly stepping in to fill the void – even if it continues to be dwarfed by Beijing’s extensive footprint on the continent.