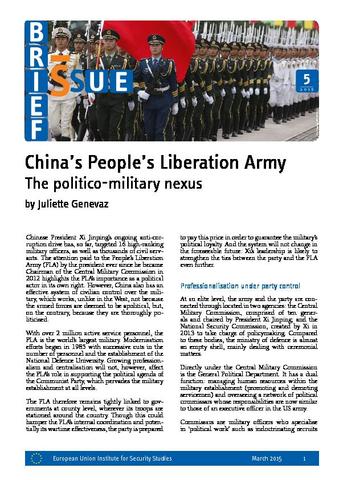 Chinese President Xi Jinping’s ongoing anti-corruption drive has, so far, targeted 16 high-ranking military officers, as well as thousands of civil servants. The attention paid to the People’s Liberation Army (PLA) by the president ever since he became Chairman of the Central Military Commission in 2012 highlights the PLA’s importance as a political actor in its own right. However, China also has an effective system of civilian control over the military, which works, unlike in the West, not because the armed forces are deemed to be apolitical, but, on the contrary, because they are thoroughly politicised.