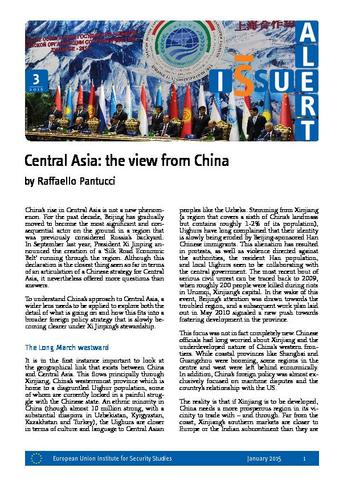 China’s rise in Central Asia is not a new phenomenon. For the past decade, Beijing has gradually moved to become the most significant and consequential actor on the ground in a region that was previously considered Russia’s backyard. In September last year, President Xi Jinping announced the creation of a ‘Silk Road Economic Belt’ running through the region. Although this declaration is the closest thing seen so far in terms of an articulation of a Chinese strategy for Central Asia, it nevertheless offered more questions than answers. To understand China’s approach to Central Asia, a wider lens needs to be applied to explore both the detail of what is going on and how this fits into a broader foreign policy strategy that is slowly becoming clearer under Xi Jinping’s stewardship.