Burundi blues: the road to violence & back 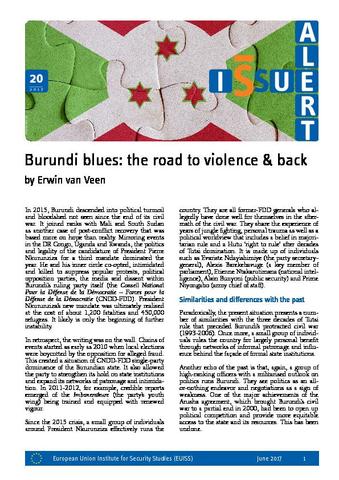 In 2015, Burundi descended into political turmoil and bloodshed not seen since the end of its civil war. It joined ranks with Mali and South Sudan as another case of post-conflict recovery that was based more on hope than reality. Mirroring events in the DR Congo, Uganda and Rwanda, the politics and legality of the candidature of President Pierre Nkurunziza for a third mandate dominated the year.

He and his inner circle co-opted, intimidated and killed to suppress popular protests, political opposition parties, the media and dissent within Burundi’s ruling party itself (the Conseil National Pour la Défense de la Démocratie – Forces pour la Défense de la Démocratie (CNDD-FDD). President Nkurunziza’s new mandate was ultimately realised at the cost of about 1,200 fatalities and 450,000 refugees. It likely is only the beginning of further instability.

Beyond the ICC exit crisis