Beyond the ICC exit crisis 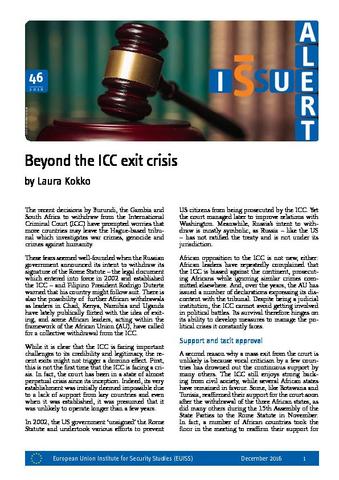 The recent decisions by Burundi, the Gambia and South Africa to withdraw from the International Criminal Court (ICC) have prompted worries that more countries may leave the Hague-based tribunal which investigates war crimes, genocide and crimes against humanity. These fears seemed well-founded when the Russian government announced its intent to withdraw its signature of the Rome Statute – the legal document which entered into force in 2002 and established the ICC – and Filipino President Rodrigo Duterte warned that his country might follow suit.

There is also the possibility of  further African withdrawals as leaders in Chad, Kenya, Namibia and Uganda have lately publically flirted with the idea of exiting, and some African leaders, acting within the framework of the African Union (AU), have called for a collective withdrawal from the ICC.