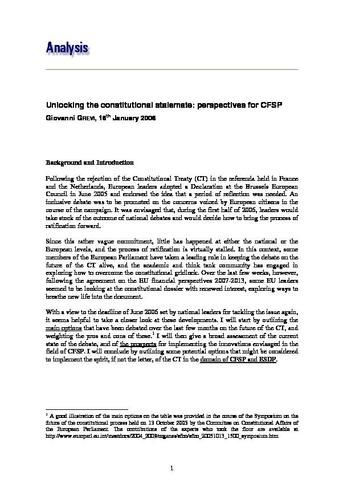 Following the rejection of the Constitutional Treaty (CT) in the referenda held in France and the Netherlands, European leaders adopted a Declaration at the Brussels European Council in June 2005 and endorsed the idea that a period of reflection was needed. An inclusive debate was to be promoted on the concerns voiced by European citizens in the course of the campaign. It was envisaged that, during the first half of 2006, leaders would take stock of the outcome of national debates and would decide how to bring the process of ratification forward.

After the Brussels fiasco - an ESDP without a Constitution, a CFSP without a Foreign Minister? 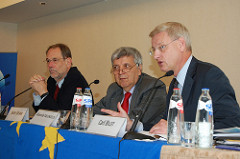 ESDP@10: what lessons for the future?